How to Generate an SSH Key

Secure Shell, commonly known as SSH, is a remote administration protocol that allows users to control and modify their remote servers over the Internet. Any Linux or macOS user can SSH into their remote server directly from the terminal window. Windows users can take advantage of SSH clients such as Putty.

An SSH key is an access credential in the SSH protocol. Its function is similar to that of user names and passwords, but the keys are primarily used for automated processes and for implementing single sign-on by system administrators and power users.

In this tutorial, we will show you how to generate an SSH Key. 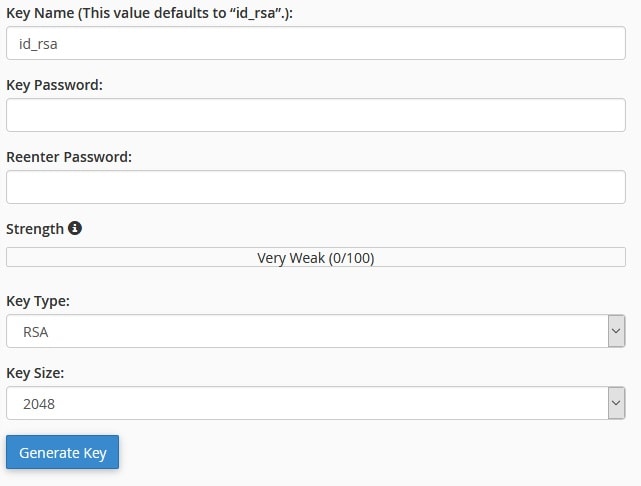 
Key Size: Select a key size from the drop-down menu. A key size of at least 2048 bits is
recommended for RSA; 4096 bits is better.

Click Generate Key, then you will see a Key Generation Complete! message.

The SSH Key must now be authorized.
Read more on How to Authorize an SSH Key